Skip to content
2020 Jeep Wrangler
Starting from $ 33,490 Listed price does not include taxes and licensing fees
View NEW Inventory
Get Financing
Value Your Trade
Build and Price 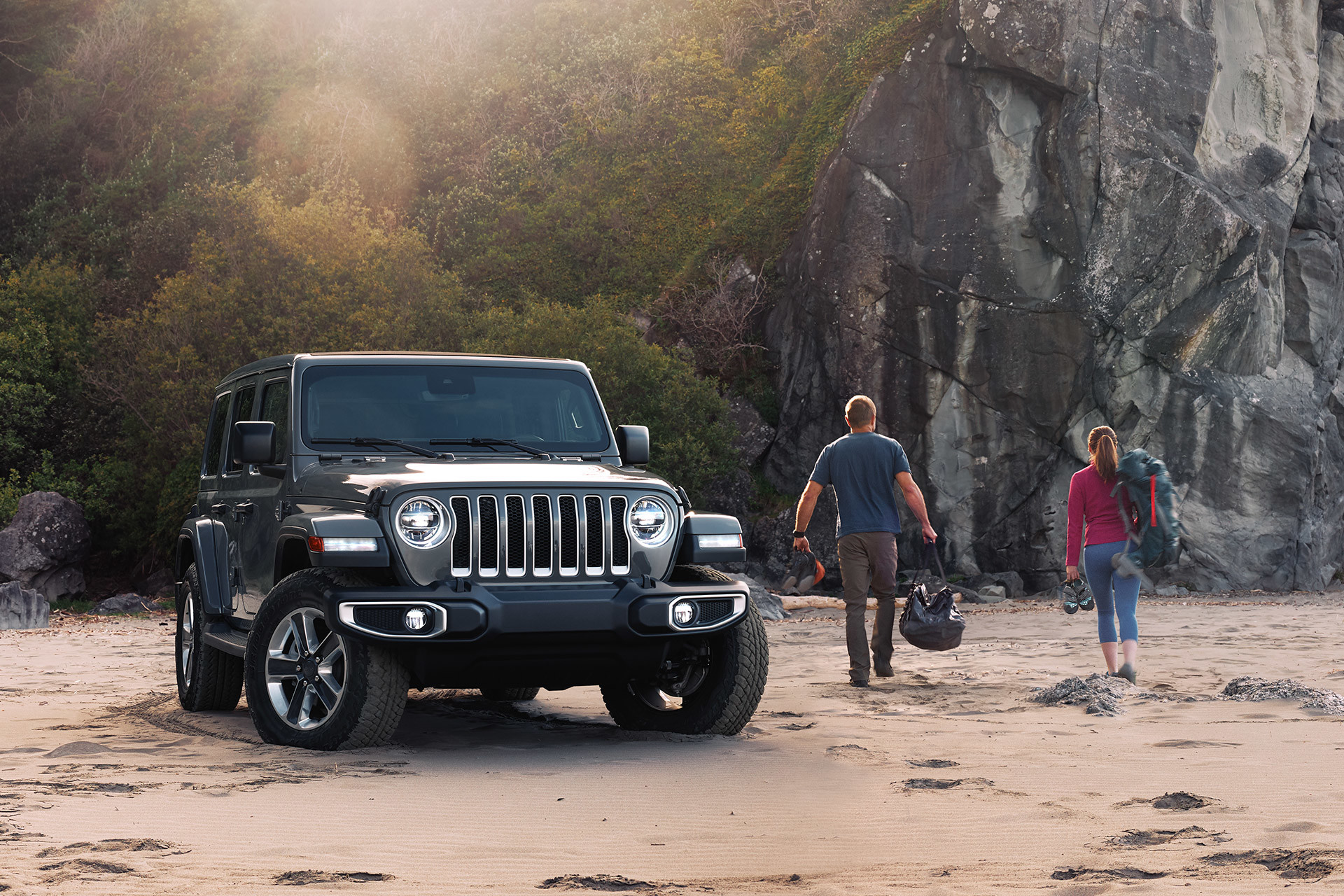 The 2020 Jeep Wrangler is what the Jeep brand is all about—with roots that date back to the original World War II–era military vehicle—and its off-road capability borders on amazing. While it looks much like the first-generation Jeep that was created to support our troops, it has evolved into a one-of-kind four-wheel-drive vehicle, with tech and luxury to match its off-road chops. It offers everything from air conditioning to leather. Two mild-hybrid engines are available; a stretched, four-door version called the Wrangler Unlimited is also available. No matter what version you get, you can still remove the doors and roof, fold down the windshield, and enjoy motoring through the great outdoors.

The standard 285-hp 3.6-liter V-6 from the previous-generation Wrangler makes its way under the hood of the new JL and can be paired with a six-speed manual gearbox or a smooth-shifting eight-speed automatic. A turbocharged four-cylinder engine is optional and teams up with an electric motor to provide additional low-end power. Wranglers are born off-road ready, so part-time four-wheel drive is standard across the range and is controlled by a lever on the center console.

In our testing, a base two-door Wrangler Sport with the V-6 and the six-speed manual transmission sprinted from zero to 60 mph in 6.1 seconds; a well-equipped four-door Sahara model with the automatic transmission did the deed in 6.8 seconds. With the four-cylinder hybrid powertrain, the four-door Sahara was slightly quicker at 6.5 seconds to 60 mph. The Rubicon model—which carries additional weight in the form of heavier-duty off-roading equipment—isn’t as quick. Performance at our test track shows that the Wrangler JL is much improved compared with the previous model, but it’s merely holding steady with its rivals in some metrics. Although its handling has improved, it’s still trucklike in comparison with today’s refined SUVs and pickups. The ride in the four-door is acceptably smooth over rough surfaces, but braking distances were inconsistent between our two test vehicles.

In this segment of gas guzzlers, it doesn’t take much to be at the top of the class. The new Wrangler JL’s EPA fuel-economy estimates put it ahead of rivals such as the Chevrolet Colorado ZR2 and the Toyota 4Runner. The V-6–powered four-door Wrangler Sahara returned a 20-mpg result on our 200-mile highway fuel-economy test route, 3 mpg fewer than its EPA rating for highway fuel economy. The turbocharged four-cylinder hybrid model fared much better, delivering 26 mpg—2 mpg more than expected.

It’s not the most spacious or accommodating SUV available, but the Wrangler JL provides a seamless blend of vintage and modern Jeep character. A commanding view of the road—or trail—makes for easy maneuverability, but the view rearward is obscured by thick roof pillars, roll bars, and various grab handles. Need a better view? Just pop the top and remove the doors. Seated close to the upright windshield, the driver and front-seat passenger face a narrow, squared-off dashboard punctuated by round air vents and chunky switchgear for the climate-control system, power windows (if equipped), and infotainment.

As an errand runner, the Wrangler offers enough room for groceries and gear, but be aware that its rear seats don’t fold flush with the floor. As you might expect, there’s a significant cargo-hauling trade-off for going with the classic two-door Wrangler versus the larger Unlimited four-door model. Fitting just two of our carry-on cases behind the two-door’s back seat—versus 10 for the four-door—means packing light if you’re adventuring with friends.

A Wrangler JL can be outfitted with only the essentials or can be loaded up with modern infotainment goodies. Its infotainment interface—called Uconnect—is easy to use, quick to respond, and can be displayed on a touchscreen available in three different sizes. Apple Car Play and Android Auto are both optional, as is navigation and a nine-speaker Alpine audio system.

There was an issue with your information, please correct the highlighted fields.